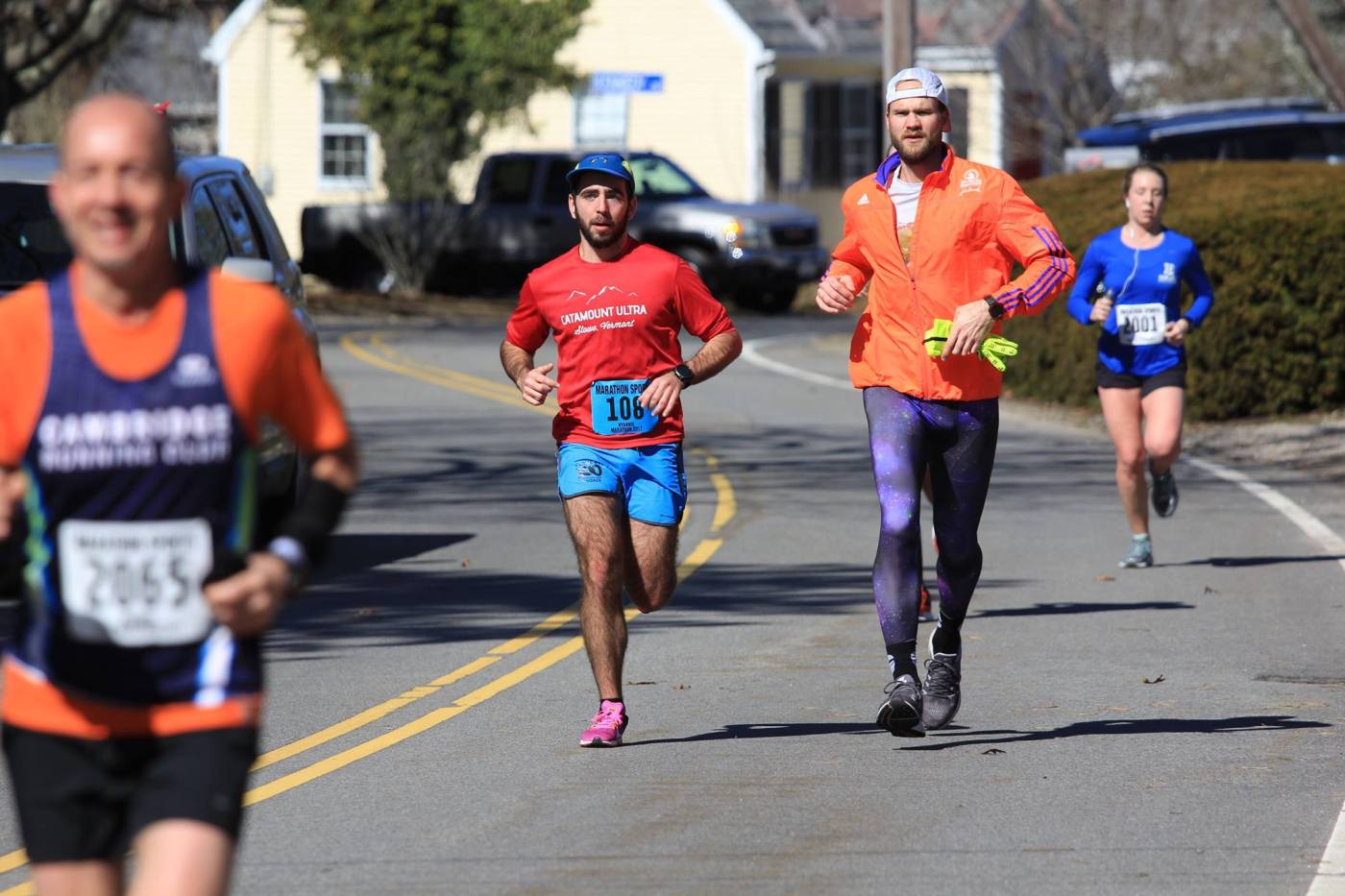 B and Q. Two letters that I really never thought I would put next to a race result. But after Sunday, my 3:01:21 marathon PR is a certified, authentic BQ. It wasn’t the sub-3 that I was hoping for, and pretty far off from the 2:55 I was dreaming of, but it should be good enough to get me to Hopkinton in 2018. After 2 years dedicated to ultras, a few speedy shorter distance races in 2016 got this goal stuck in my head. Honestly, it seemed unreachable. Maybe I just got lucky in 2016, was it really worth it to get my eyes set on an unreachable target? Back in 2013 when I started running seriously, I never thought I’d  hit this goal. Thankfully, I’m stubborn and once the idea of it got into my head, it was going to happen. I made it loud and clear.

As my mom apparently tells everybody (thanks Harry), I was never a runner. I didn’t run in high school. I picked up running in college because I was getting chubby. I picked up distance running because I’m pretty sure Colleen has her Masters in peer pressure. And finally I picked up ultras because I wanted to show myself how far I’ve come. But something about the BQ is the perfect mix all of these drivers. I haven’t stopped thinking about crossing that finish line since Sunday.

As for the race, like all longer events, the race really started the day before. I have a trend of avoiding the sensible thing to do of taking it easy the day before a big race. Without much forethought, I signed up for a company recruiting event that had me up early and on my feet all day. So much for relaxing. Thankfully I got out of a dinner afterwards and was able to get home at a reasonable hour. Colleen and I got to bed early and did our best to sleep.

Race morning was uneventful, thankfully! We got all set up with our bibs, got situated, and waited for the gun to go off. My buddy Seth offered to come down and act as a pacer / windshield so we chatted about goals and race strategy. After our warm up we parted ways before he’d hop in at mile 10 or so. I hopped into the start corral and apologized roughly 3801 times squeezing through people to the line. I ran into Lynton and once more set my goal in stone for a BQ. Then, promptly at 10 the gun went off.

Like most distance races, mile 1-15 or so were really nothing special. Of course, I went out a little fast – but how can you not! It’s all so exciting. I did my best to settle down quickly after the first mile clicked by in 6:30 or so. I exchanged some words with other marathoners on the course who had similar goals, but pretty quickly I was to myself. The difficult thing about a race like Hyannis is that it’s a loop course with hundreds of runners all running different events at the exact same time. Marathoners run 2 loops, the half run 1, and the relay is broken up into nonsensical portions. I had relay runners wheezing and pounding the pavement yo-yoing past me. There were half runners running comfortable races. And then there was me and what seemed like 2 other marathoners. My usual race tactics of holding onto a runner just out of reach were gone. I’d have to rely on my own smart racing to get me to the finish.

Since mental anxiety was creeping in quickly, I was really happy to see Scott and Kate out on the course at mile 3 or so. Nothing like having a cheering squad! A little burst of adrenaline got me going as we made our way towards the shore. While the weather said it was going to be windy, I didn’t really anticipate a steady stream of air head-on along the coast. Miles 4-8 were completely in a headwind. I don’t know how powerful it was or how much extra effort it really caused, but mentally it was excruciating. At one point, I blurted to my pack of runners “ugh this wind!” to no response. Come on, is it not okay to complain a bit? When we finally turned away from the wind, I physically felt fine, but another mental hurdle was added to my race. Miles 9-10 were effortless and picking up Seth was another amazing boost!

Seth and I rolled along chatting about the day and making small talk. I complained about the race’s plastic cups and how they forced me to either splash myself with water or slow down to drink. I chatted a bit about how I was anticipating the rest of the race to go. Looking back though, this was another area I could have executed better. I know that Seth got me to the finish line with the BQ, but I should have communicated that towards the end, he should have just pulled my ass along. I was going to be in no shape to pace myself in the last few miles. But that was ages away, and I felt great so far, so why spoil it?

The halfway point came and went, and Seth and I were pretty much on our own. There were two runners about 100 yards ahead of us and no one behind us as far as I could tell. The course was open to traffic the entire day, and now without a swarm of runners clogging the streets, cars seemed a little more impatient with me choosing the optimal line. At mile 17 we reentered the wind tunnel. I’d dip behind Seth occasionally for a reprieve from the wind, but since it was just the two of us the wind was still exhausting. Just before mile 20, someone exclaimed how just around the corner the wind would end. It didn’t. In all honestly it was probably only a quarter mile more of intense wind, but that additional mental battle took a piece out of me.

My legs started to feel heavy, a bonk was setting in. Another area of improvement: nutrition. In every other race, 45 minutes between gels was always perfect. But I think at this effort I should have bumped it up to every 30. I let my goal pace drift a bit away from me. Still, I had time in the bank, so I was too worried about the BQ at this point. As the minutes ticked by, and my pace continued to slow I grew concerned. I started to focus on how poorly I was feeling and how much running still remained. Of course I knew the race starts at mile 20, but I wanted to at least give the final 10K a strong effort! It wasn’t happening though, and now it was just a battle to hold on. I took one or two walk breaks through water stops (to level out my heart rate and drink from the stupid plastic cups) and kept my pace as high as I could. Seth was good with setting realistic expectations in my head, but like I said I probably should have just had him pull me. Oh well.

By two miles left, I had 15 or so minutes left to hit just above 3 hours. That’s when I gained a bit more faith. Two 7:30 miles left. I could do that. Around mile 25, there was a final water stop I was certain I needed. Given how I was feeling and the stupid plastic cups, I grabbed a cup and walked for a few feet to drink everything. It wasn’t necessary at all, but in the moment I needed it.

In the final mile, before the reality set in that I was going to BQ, I struggled significantly. I was really disappointed on how I executed the final few miles, and slowly realizing a bit of smarter pacing and nutrition could have saved me later on. But as I rounded the last bend before the finish, that melted away. I looked at my watch: 3:01:00. The BQ was real. I awkwardly surged to the finish and crossed the line. Pain quickly transformed into satisfaction. And amazingly, it was caught on tape: Hyannis highlights.

After some congratulations and excitement, I got changed, hobbled back to the finish, and anxiously waited for Colleen. Of course, she made smashing her PR by more than 30 minutes look effortless, stopping a tenth of a mile before the end to ask me “did you do it?!” to which I shouted back “I did!”